This article on How to Get a (Nearly) Perfect Score on the GMAT was originally published on Manhattan Prep.

Reports vary about how many perfect 800’s are achieved each year, but out of 200,000 people taking the GMAT each year, we think there are somewhere between zero and 30 perfect scores. You have a better chance of being hit by lightning as you’re winning a Powerball lottery!  (That’s not true, but calculating the probability of getting hit by lightning as you’re winning the Powerball does sound like an 800-level GMAT probability problem). There were ZERO scores of 800 in last year’s crop of students admitted to Harvard, Wharton, Stanford, etc.

Keep reading for why it’s (nearly) impossible to get a perfect score on the GMAT and for strategies for getting a score in the 99th percentile.

What is a perfect score on the GMAT?

So if you’re looking for full-on “I pitched a perfect game / I summited Everest without oxygen tanks”, it would look like 800, 6 on Essay, 8 on Integrated Reasoning. I’m not sure if anyone has actually achieved this clean sheet, but anyone who has the capacity to get an 800 should be able to bang out a top Essay and IR score, as getting 6’s and 8’s, respectively, is very common.

How do you get a perfect score on the GMAT?

GMAT scores are on a scale from 200 to 800. This score is derived by combining a Quant and a Verbal subscore, each on a scale from 6-51. The Quant and Verbal sections each involve a little over 30 questions in a little over 60 minutes. To get an 800, you would need a perfect 51 on Quant and Verbal. The specific math by which your Quant and Verbal subscores are translated into your overall 200-800 GMAT score is a proprietary GMAC secret, kept in a secure bunker deep in the Earth’s mantle, along with the formula for Coca-Cola Classic and Colonel Sanders’ secret blend of herbs and spices for KFC chicken.

How much do business schools care about whether you get a perfect score on the GMAT?

Not at all. No b-school admissions office is expecting to see any perfect scores slide across their desks. As mentioned earlier, there were no scores of 800 in last year’s crop of students admitted to top schools. It is also suspected that the vast majority of people who do get 800’s are just sad, overly familiar “students” like me, who teach GMAT.

Can GMAT teachers easily get a perfect score on the GMAT?

Not at all. In fact, our company pays teachers way more than other companies do for the sole purpose of attracting the best and brightest talent. Despite all that, I know of only one teacher in our company history who had an 800. He also had a brain-altering injury as an adolescent that gave him some cool savant mental powers. (That is true).

The 99th percentile, our minimum cutoff for teachers, starts at 760. The difference between 760, 770, 780, 790, and 800 is basically splitting hairs. It would represent one or two guesses on really tricky Verbal questions landing the right or wrong way. We are pretty capable of getting 51’s on Quant, but getting 51’s on Verbal is almost unheard of.

I first took the GMAT ten years ago; I barely studied for it, because I was already teaching SAT and LSAT, and got a 780. Last year, I took the GMAT again. In my arrogant heart of hearts, I thought I was probably contending for one of those mythical 800’s. After all, I’ve been teaching GMAT for a decade now. I have an encyclopedia of problems in my head. This test lives in my gut like a tapeworm.

What the heck?  Ten years of becoming a master of GMAT’s content had made me 10 points worse? Of course not. It’s just very volatile as you approach the extremes of the scoring range. As I said before, a couple unlucky vs. lucky guesses can affect your score by 20-40 points.

How come (almost) nobody gets a perfect score on the GMAT?

The GMAT is not a test that requires or even really allows for perfection. It is an adaptive test, deciding on our next question based on a calculation of our performance up to that point on the test. So, when we get a question correct, the next question is usually harder. When we get a question incorrect, the next question is usually easier. This essentially guarantees that no one can ace the GMAT. Since the adaptive algorithm can continually increase the difficulty level, it can always outpace what we are able to figure out and correctly solve within our allotted average of two mins per question.

The reason for making a test of this sort is because what GMAC really wants to measure is not our proficiency at 6th – 10th grade math concepts. It wants to measure our ability to manage ourselves, to make decisions based on priorities, and to invest our scarce resources wisely. We call this “Executive Reasoning”.

If we had enough time to fully think through all the problems on a GMAT, then it would only be a test of whether we know the content on the test. Since they really want to test the intangibles, they need a test that guarantees people do not have enough time to think fully through each problem. This forces us into the mindset of an investor. Investors don’t have infinite resources; they can’t fully invest in every opportunity. On the GMAT, since you don’t have enough time to do all the problems in a section (and you can never go back to revisit a problem), then you have to make best guesses in real-time about what is a worthwhile high percentage investment of time versus what would be too much of a longshot. This also forces us to be coldly judicious about bailing from a problem when our initial investment of time isn’t panning out. GMAC wants to punish stubbornness, to enact some penalty for foolishly throwing “good money after bad”. They want to reward humility, realism, and an investing disposition that thinks, “Welp – can’t win ‘em all. That one seemed like a good idea at the time, but I should cut my losses and move on to greener pastures.”

We have to stay budget-conscious, so we follow pacing plans as we take Quant and Verbal sections. The test assesses bigger penalties for missing easier questions than for harder questions. And there is a huge penalty for failing to finish all the questions in a section. Most people’s initial trials at a GMAT test involve overspending time on early questions and therefore missing a bunch of doable questions on the backend of the section because they’ve run out of time.

So, what should I be shooting for, if it’s not possible for me to get a perfect score on the GMAT?

If you’re targeting top 15 schools, you would love to have at least a 720. Being lower than that does not disqualify you, but it puts more of a burden on your work experience and life history to carry your app through. Luckily for us, business school admissions are relatively holistic. Having a less than sparkly GMAT score can be offset by having other attractive features.

Sparkly GMAT scores are often needed to compensate for a lack somewhere else in your application. For example, if you are applying to a rigorous finance program, but your undergrad was in Political Science and you’ve been working in marketing ever since, then you need to be able to convince the admissions board that you handle top shelf math. A great GMAT score, with a good 45+ quant subscore, will do just that.

How long do I need to study in order to (nearly) get a perfect score on the GMAT?

This answer would vary a lot, depending on the person, but I find it hard to believe anyone could score in the 99th percentile without at least 2 months of studying (unless you already teach SAT and LSAT). I think it’s much more realistic that you would need closer to 6 months of studying.  Let’s break down some of the challenges:

And with that sobering prescription, I’ll wrap things up. A perfect score on the GMAT is an impossible windmill to chase. A fantastic score on the GMAT is doable, but there are no shortcuts there. You will need a lot of persistence and disposable time to develop mastery within GMAC’s broad but finite universe. The good news is that these problems feel a little bit like tiny puzzles, so if you approach them with a spirit of curiosity and appreciation, the journey and the work can be rewarding.

Don’t forget that you can attend the first session of any of our online or in-person GMAT courses absolutely free. We’re not kidding! Check out our upcoming courses here. 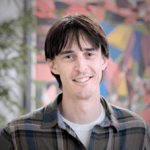 Patrick Tyrrell is a Manhattan Prep instructor based in Los Angeles, California. He has a B.A. in philosophy, a 780 on the GMAT, and relentless enthusiasm for his work. In addition to teaching test prep since 2006, he’s also an avid songwriter/musician. Check out Patrick’s upcoming GMAT courses here!

Should You Get An MBA?